Reconstruction and expansion of the Orehovica interchange

Preparation of the main and detailed design of the first phase of the reconstruction and expansion of the Orehovica junction on the highway A6 Rijeka – Zagreb, which includes the conduct of an administrative procedure in order to obtain the building permit, including any consents required during this procedure. 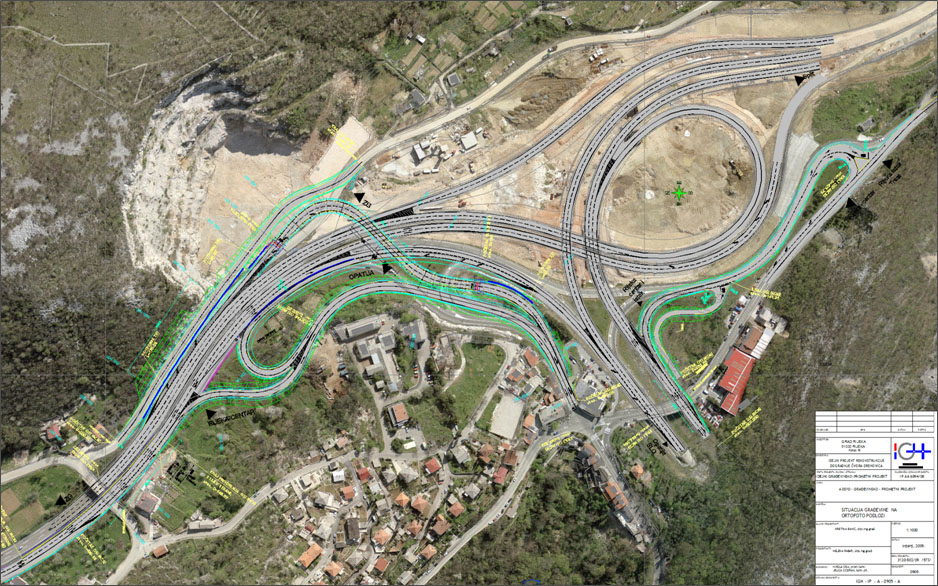 A valid building permit has been obtained and an agreement whereby resolving mutual relations as regards the reconstruction and expansion of the Orehovica interchange on the Rijeka – Zagreb motorway – state road D3 has been signed between the companies Autocesta Rijeka – Zagreb, Hrvatske ceste and the City of Rijeka. Pursuant to this Agreement, the entire documentation (permits and main and detailed design) was submitted by the City of Rijeka to Hrvatske ceste, which continue the following activities: preparing the construction of the first phase and drawing up documentation (main and detailed design) for the second and third phase of the reconstruction and expansion of the interchange.

Direct exit from the Orehovica interchange to Kačjak Street is possible, i.e. further towards the intersection on Orehovica and Franje Rački Street, and towards Vežica and Trsat.

Beginning of the project: 2013

The first project phase was completed in February 2016. The exit ramp from the bypass from the direction west to the city was opened to traffic. It is a connecting road about 650 meters long, which allows exit from the bypass towards Trsat and Orehovica for all vehicles traveling from the direction Škurinje to Orehovica. The new exit will be most important for residents of Trsat and Vežica, but it is also important for traffic and for a more quality connection of the University Campus in Trsat and the bypass.

Hrvatske ceste continue further activities of phase II and project II. Phase II envisages the construction of an exit ramp on Orehovica for all vehicles coming to the intersection from the direction Zagreb and continue their journey towards the Rijeka downtown area. Also, through the entrance ramp for all vehicles from the direction of the downtown area (Franje Rački Street), it should be possible to join the Orehovica intersection and continue their journey towards the Trsat tunnel and further towards Škurinje. Phase III is the most expensive and the most complex phase, because it envisages the construction of an overpass over the bypass axis and the Orehovica junction in order to achieve traffic connection for all vehicles coming to Orehovica from the downtown area via Banska Vrata and by using the overpass they can join the bypass and continue their journey towards Grobnik, i.e. Zagreb.