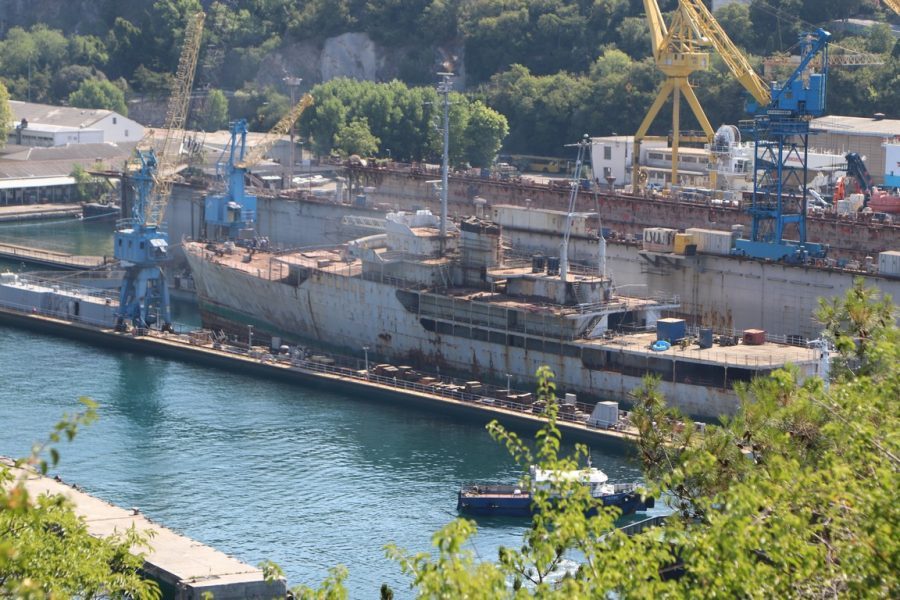 The ship Galeb has been towed this morning from the Dalmont shipyard in Kraljevica to dry-docking at the Viktor Lenac shipyard in Martinšćica.

During the docking many works will be carried out on the ship: removing remaining liquids and sediments from the double hull, replacing steel sheets on part of shell plating, installing zinc anodes, cleaning of the rudder stock, disassembling of anchors and their repair and anti-corrosion protection. The underwater part of the hull will be prepared for sandblasting and anti-corrosion protection. It has been estimated that works at the Viktor Lenac shipyard will last for one month.

Works on the renewal and conversion of the ship Galeb, protected cultural heritage of the Republic of Croatia, into a ship museum with accompanying commercial contents, are performed by the company Dalmont from Kraljevica. The ship Galeb forms an integral part of the project titled “Touristic valorisation of the prominent monuments of Rijeka industrial heritage“ in respect of which the City of Rijeka has received HRK 68.9 million grants from the European Regional Development Fund under the Operational Program “Competitiveness and Cohesion”.

The reconstruction project has been prepared by the company Marine and Energy Solution DIV.

Once the reconstruction and equipment have been completed, the ship Galeb will be primarily put into service of culture.

Time capsule of 27 ECOC neighbourhoods buried on the Trsat Campus