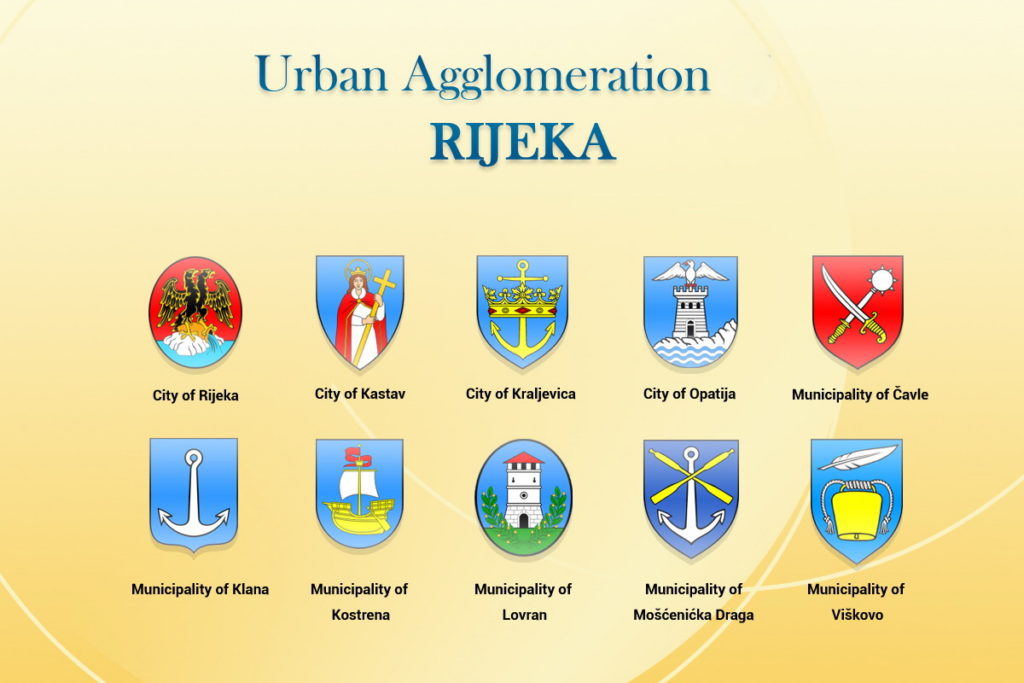 The Urban agglomeration was set up by a decision passed on 21 September 2015 by the Ministry of Regional Development and EU funds and it is formed by the following towns and municipalities:

Towards the end of 2014, the Republic of Croatia signed the Partnership Agreement which determines the cities that may benefit from the ITI (Integrated Territorial Investment) mechanism. It relates to cities having more than 100,000 inhabitants, following this, urban agglomerations may be formed and to cities with more than 50,000 inhabitants which may establish urban areas.

The ITI mechanism is a mechanism of the European Union for the period from 2014 to 2020 introduced with the aim of strengthening the roles of cities as the promoters of economic development. The mechanism serves for implementing the activities of sustainable urban development that have an emphasised territorial dimension and for providing financial support for implementing integrated activities.

The activities of the ITI mechanism may be financed from three different European funds – the European Regional Development Fund, the Cohesion Fund and the European Social Fund, as well as within the Operational programme “Competitiveness and Cohesion“ 2014-2020 and the Operational programme “Efficient human resources“ 2014-2020. For the implementation of activities dedicated to sustainable urban development in major urban centres in the Republic of Croatia the amount of EUR 345.35 million has been provided.

Considering the fact that a significant amount from the European funds can be drawn, the Ministry of Regional Development and EU funds had an obligation to publish a call for the choice of an ITI territory. The urban agglomerations of Zagreb, Split and Osijek took part in the competition, as well as, the urban areas of Pula, Zadar and Slavonski Brod.

The Rijeka Urban Agglomeration  was admitted to the competition and will be in a position to benefit from the integrated territorial investment (ITI) mechanism in the Republic of Croatia.