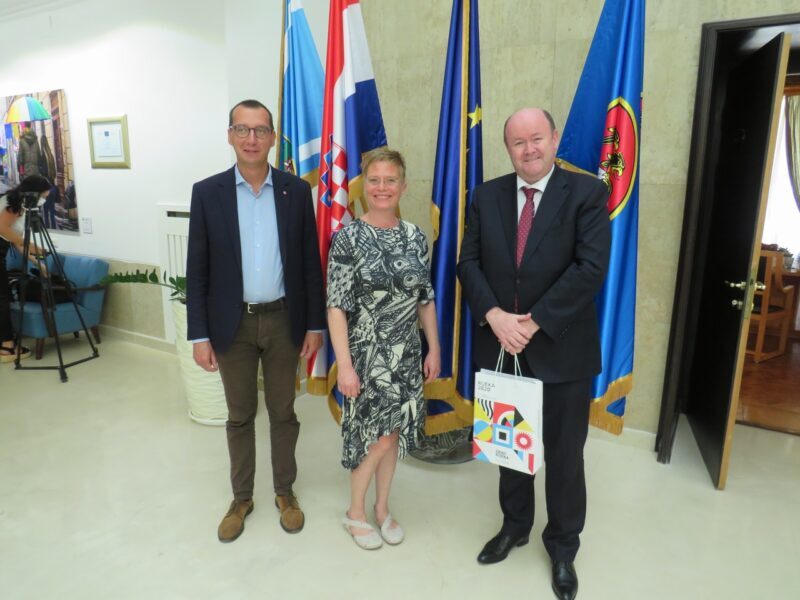 The Mayor of Rijeka, Marko Filipović, and the President of the Rijeka City Council, Ana Trošelj, hosted the Ambassador of Ireland to Croatia, H.E. Ruaidhri Mark Dowling during a reception held in the City of Rijeka.

After the meeting, Mayor Filipović pointed out that, among other topics, they had discussed the European Capitals of Culture, a large project that connected the two countries, as in 2020 that title was borne by Rijeka and Galway. “While holding this title, our two cities became additionally closer, and now that we have officially handed over the title to future cities, European Capitals of Culture, I hope that cooperation between our two countries will continue, and also expand to other areas such as the economy. I see cooperation in this area primarily in the segment of naval architecture, we presented to the ambassador some of the large projects that will take place in Rijeka over the next four years. We also discussed the project relating to the revitalisation of Nugent’s house in Trsat, as it is a historical figure that connects our two countries, and it is likely that this project could be carried out through the revitalisation project of the Governor’s Palace, “said the mayor, adding that he hoped that the ambassador would pay a new visit and he invited the ambassador to take part in the Fiumanka regatta the following year as well as the International Carnival Parade, two distinguished events in Rijeka. 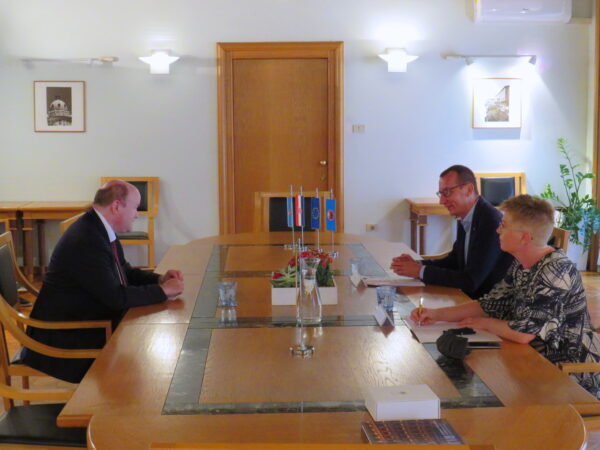 This was the first official visit to Rijeka paid by ambassador H.E. Ruaidhri Mark Dowling, who became the third Irish Ambassador to the Republic of Croatia in September 2020. “Unfortunately, due to an unfavourable situation about the coronavirus pandemic, I was unable to visit Rijeka earlier, but I am well acquainted with the connections between Rijeka and Galway, which in quite unfavourable conditions last year held the title of the European Capitals of Culture. I believe that the simultaneous participation in this great European project has created a good foundation for cooperation in the future, not only between our two cities but also between our two countries. As the mayor mentioned, our two countries are also connected by Laval Nugent, who has left a big mark in Rijeka history. We live in a time of great mobility of people, so many Croats live in Ireland, a number of Irish people live their lives in Croatia. In this way we get to know each other’s lives and culture and I believe that in the future our two countries will foster good relations and develop successful cooperation in various fields, “said the ambassador, who took the opportunity, while in Rijeka, to visit the Children’s House and the new Art Quarter in Benčić.