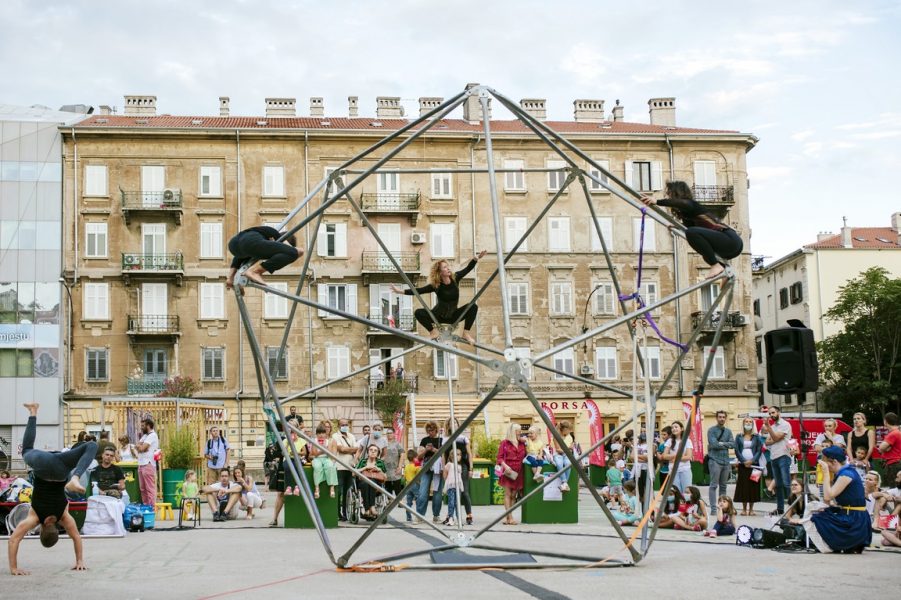 The idea of the Tobogan Festival is that the summer holidays in the city become something completely different from the scorching asphalt and a boring empty city. Two weeks of culture for the children, of educational interactive programmes and entertainment that are designed to be more than an escape from idle time, were the guiding principle for the team of the Children’s House in the forming of the festival programme. Tobogan 2020 is even richer with workshops, shows, concerts, street performances, games, film screenings, video games, dances, art interventions and other activities suitable for children, as well as for all those who want to spend the summer holidays actively.

The programme of Art-Kino features various workshops which have a direct or indirect link to film. From a workshop of animated film which is led by Martina Meštrović (HR), workshops of documentary film under the leadership of Igor Bezinović (HR) to feature film workshops, as well as other creative workshops which are a combination of film and other media and arts. Alongside the workshops, there is a series of more recent film productions for children and young people as well as classic films shown at city locations. 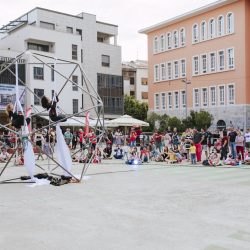 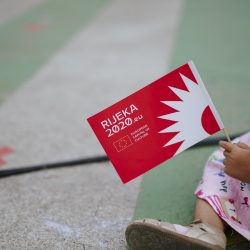 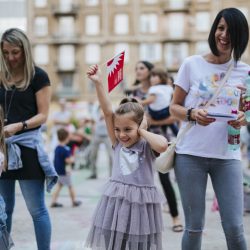 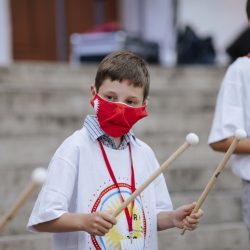 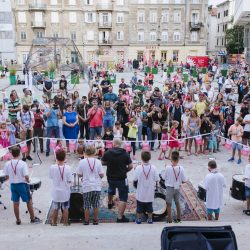 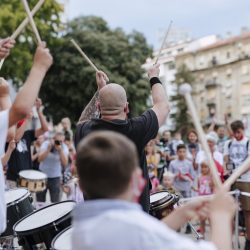 In Tobogan the Rijeka Puppet Theatre offers interactive programmes, drama and puppet workshops, exhibitions and shows for the young ones and those slightly older. The Rijeka audience also participates for the first time in the Panorama Kino Theatre of Tom Greder (CH), a mobile box which includes Croatian, Slovenian and Swiss artists, as well as passers-by who become actors. Matija Solce (SI) sets up a puppet cabaret at Brajda marketplace, the Rijeka Puppet Theatre and surroundings a puppet cabaret called Bomboniera Variete! based on motifs from the history of the city of Rijeka and Rijeka Puppet Theatre, whilst the French artist Hervé Tullet (FR) holds a dynamic exhibition/workshop titled Look, Touch, Play!

The Museum of Modern and Contemporary Art in Rijeka features the Danish artist Karoline H. Larsen who sets up an installation called Collective Strings. In addition to this colourful artistic intervention, which is created day by day with the help of kilometres of multi-coloured threads, the Museum for Small Creatives is also preparing a workshop – The Factory of Sound, designed as a workshop of electronic and improvised music, and the workshop Monster Drawing using a risograph – an eco-friendly and cheap printer which with soy-based ink produces unique results.

The Rijeka City Library is preparing a five-day workshop about comic book and creative writing, educational features linked to 3D printing and virtual reality, visual and literary workshops, an informative walk through Stribor’s Forest, LARP and the hosting of writers and lectures by experts intended for parents and educators. Along with this, it is worth mentioning Video Games Day – RiSpawn when Rijeka’s squares turn into technological playgrounds and the five-day workshop named Arheonauti led by Asja Zec (HR) and which introduces participants to the secrets of archaeology on the basis of examples from real practices.

Via the Cycling for libraries programme collaboration with the Zagreb Librarian Association is created. Cyclists of the association ride the 200-kilometre route from Zagreb to Rijeka and therein touring the libraries which they find en route, with the aim of pointing out their importance in society.

Tobogan is also joined by other partners with numerous programmes such as the Malik Theatre Workshop in whose production the show Children of the Port* has been developed and is be premiered according to the book Rijeka Rock Anthems by Zoran Žmirić.

As we climb up the high ladder and prepare for the slide, we are proud that for the 4th year of Tobogan we are working with children, and not just for them!