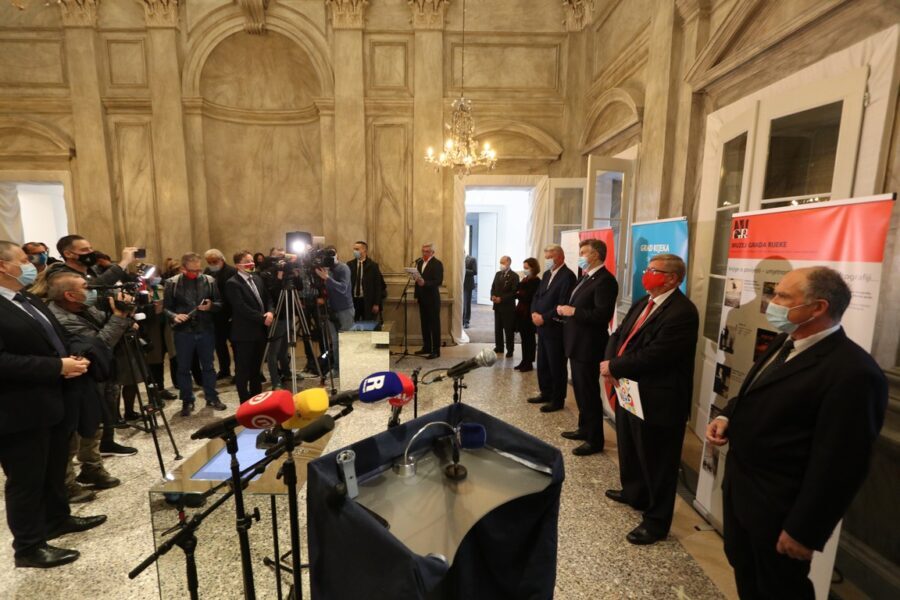 In the refurbished building of the industrial heritage of Rijeka- the Sugar Refinery Palace, a protected cultural good of the Republic of Croatia – new premises have been inaugurated today, the Rijeka Civic Museum with a permanent display dedicated to the history of Rijeka.

The restoration of the Sugar Refinery Palace is a capital investment made by the City of Rijeka in cultural infrastructure, significantly funded by EU grants.

Owing to the restoration and inauguration of the Sugar Refinery Palace, Rijeka has got remarkable cultural premises with a luxurious interior of rich decorations, wall and ceiling paintings of mythological content and historical scenes from antiquity as well as panoramas of imaginary cities. 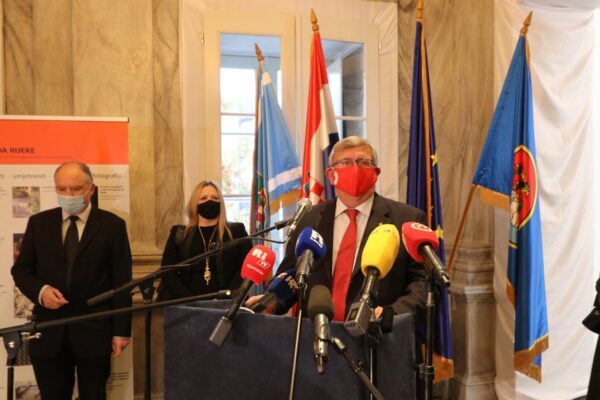 “We would not be here if it had not been that intriguing, turbulent and more than interesting history of Rijeka, which shaped us, the history that we learn from, and the one that we build, and through such great projects for our city, for our Port of Diversity. I believe that the strength not only of this project but also of the entire ECOC project lies in this in the joint mission and vision and finally, in a more difficult part, in the achievement and realisation of such projects, which are extremely important for our city, despite the circumstances we are facing” , said Rijeka Mayor Vojko Obersnel on the occasion of the inauguration of the refurbished Sugar Refinery Palace, thanking everyone who took part in the restoration project.

“This is the second building within the complex of the former Benčić factory, that we open. In 2017, we inaugurated in the neighbourhood the Museum of Modern and Contemporary Art. Today we are inaugurating the Sugar Refinery Palace, in a month or two we will open the Children’s House, and then for a certain time, the Civic Library. I don’t think it’s pretentious to say that, when we look at this whole area and add to it the reconstruction of the ship Galeb, this has been the largest  investment in culture since the independence of the Republic of Croatia. And we can be proud of that, it is a legacy that we leave as a result of ECOC “, said the mayor.

The inauguration ceremony was also attended by Prime Minister Andrej Plenković, who said, among other things, that that capital project was important for the development of the city of Rijeka. “Furthermore, the project shows potentials of putting historical buildings in the function of culture whereby heritage is valuated in a modern manner and the history of the city and its inhabitants presented. The restoration of the complex also marked the Rijeka 2020 – ECOC project this year, which contributes to the creation of conditions for the development, preservation and creation of sustainable cultural infrastructure, and contributes to linkages with the local community, “said the Prime Minister.

Nina Korižinek Obuljen, Minister of Culture emphasized that Rijeka had got prominent premises, a very modern museum display and a reference point that would give every visitor a very good insight into the history of Rijeka, and through that a part of Croatian history and all the layers that this city preserved and inherited.

The total value of the palace restoration amounts to about HRK 60 million, and it includes works, professional supervision and its equipment.

In the Sugar Refinery Palace, the Rijeka Civic Museum presents important topics from the history, of Rijeka such as the world’s first torpedo, the Naval Academy, Rijeka as an emigrant port, World War II and post-war reconstruction, the history of the city theatre, the skyscrapers of Rijeka, music, Rijeka rock and roll, the history of large companies in Rijeka – the Paper Mill, the Tobacco Factory…

The exhibition covers the economic, political, cultural, educational, scientific, sports history of Rijeka from the 18th to the 21st century, from the moment the city became a free royal port in 1719, which provided it an opportunity for unprecedented development. This attractive exhibition describes Rijeka in the European context, connecting it with Vienna, Antwerp, Budapest and other European capitals. Even those on other continents, like New York. 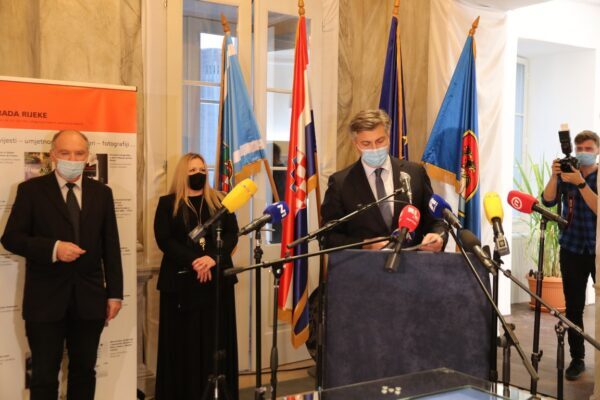 The display extends to more than 30 rooms on two floors of the Sugar Refinery Palace. The first floor of the palace is dedicated to the city history – “The Tale of Rijeka, Europe, and the World.” The emphasis is on the three centuries of modern Rijeka, from the beginning of the 18th to the beginning of the 21st century. After the nucleus of modern Rijeka had appeared in the 18th century, everything culminated with the city’s growth into an important port of Central Europe and industrial centre. The completion of this complex is in 2020, when Rijeka has become a European Capital of Culture.

The second floor of the palace is dedicated to the tale “A Sweet History of Rijeka”. It focusses on the former production factory complex of which the now refurbished palace made part. This part of the display includes all periods of the complex – from the Sugar Refinery, and the Tobacco Factory to the Rikard Benčić Motor Machines Factory. The emphasis is on the initial phase of the plant, when sugar dominated there. In one of the halls there is a glass display case full of sugar heads, the kind that were once produced in Rijeka.

The author of the permanent display is Ervin Dubrović, museum director, in cooperation with employees of the Rijeka Civic Museum. The exhibition was designed and realized by the multiple award-winning designer Nikolina Jelavić Mitrović, connecting into a visually appealing whole the stylistic characteristics of the Palace, original objects, multimedia technology and interactivity.

This monumental building was built in 1752 for the needs of the administrative building of the sugar refinery, and it makes integral part of the industrial complex that testifies the industrial development of Rijeka in the 18th century.

After the fire of 1785, the building was significantly reconstructed and equipped with baroque interiors with wall paintings and stuccos. In 1851, the building hosted the management of the Tobacco Factory, and after 1945 it changed its purpose again and became the seat of the “Rikard Benčić” Motor Machines Factory.

After the closure of the factory, the City of Rijeka became the owner of the Sugar Refinery Palace and the remaining part of the complex. In cooperation with conservators, over the years it carried out a number of preparatory works for its final renovation, reconstruction and conversion. Many professionals took part in these works, like architects and art historians, restorers for wall paintings, stuccos, burners, etc.