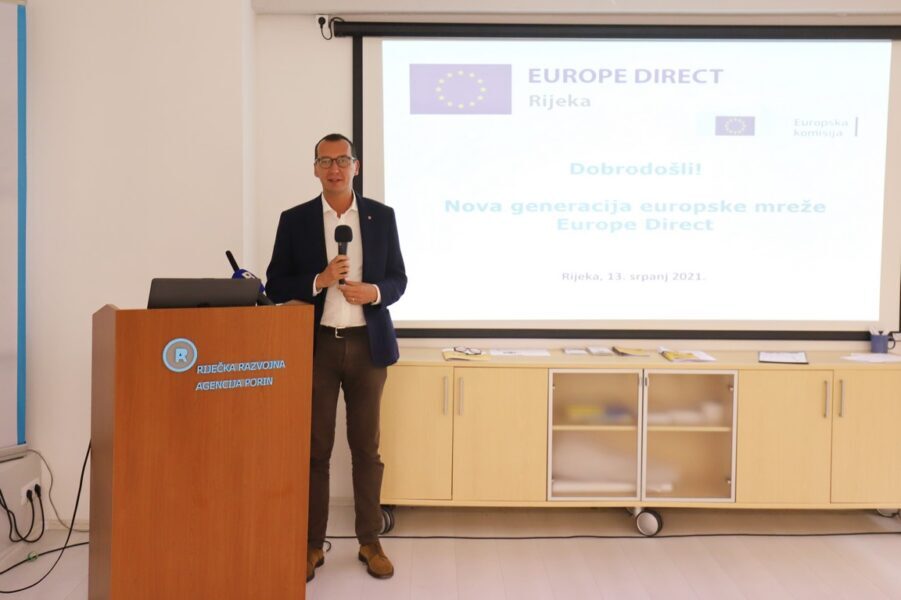 A new information centre of EUROPE DIRECT – Rijeka has been opened in Rijeka today, that operates within the Rijeka Development Agency “Porin” at the address Milutin Barač 62.

EUROPE DIRECT Rijeka is a new generation of Europe Direct information centres throughout the EU, the network of which is managed by the European Commission and is among ten such centres in Croatia. 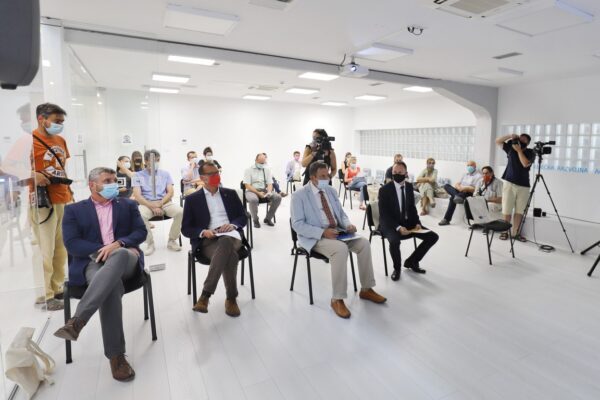 The task of the centre of EUROPE DIRECT – Rijeka (ED Rijeka) is to establish itself as a direct link between citizens and EU institutions, or rather, to act as an extended arm of the European Commission that will provide support through a direct flow of information regarding opportunities and advantages that are available to EU citizens, and that means local residents in Rijeka and Primorje-Gorski Kotar County. The centre aims at bringing Europe closer to the people in the field through various activities and to motivate people to get involved in the debate on the future of the EU. The activities will include visits to primary and secondary schools, presentations, panel discussions about the EU and publishing various official publications.

Marko Filipović, Mayor of the City of Rijeka, emphasised exceptional opportunities available owing to cooperation with the European Union, assessing information, organisation and education as invaluable. “Rijeka is one of the most successful cities in terms of drawing down EU funds, together with societies, utility companies and institutions; we have so far contracted almost EUR 300 million grants from European funds for the implementation of 175 projects. Without European funds, we would not be able to implement these projects. I believe that in the new financial period of the EU there will be a place for local self-government. Exceptional infrastructure investments and works are awaiting us, and on the other hand, numerous projects are underway that will bring a new image to our city. I am sure that our fellow citizens will find their place in the coming period and get informed and use the opportunities provided by the EU for their own benefit and the benefit of our city, “said Filipović.

Ognian Zlatev, Head of the European Commission Representation in the Republic of Croatia, said that 420 centres of EUROPE DIRECT already operate in Europe. “The European Commission considers action at local level to be very important. We want citizens, entrepreneurs, associations, especially young people, to be aware of the decisions of the Commission and to act accordingly. They should be informed about the decisions taken by the Commission and given the opportunity to say what they think about it. “EUR 6.3 billion are planned for the National Recovery Programme, and Croatia has shown that it can be a leader in some segments,” Zlatev said.