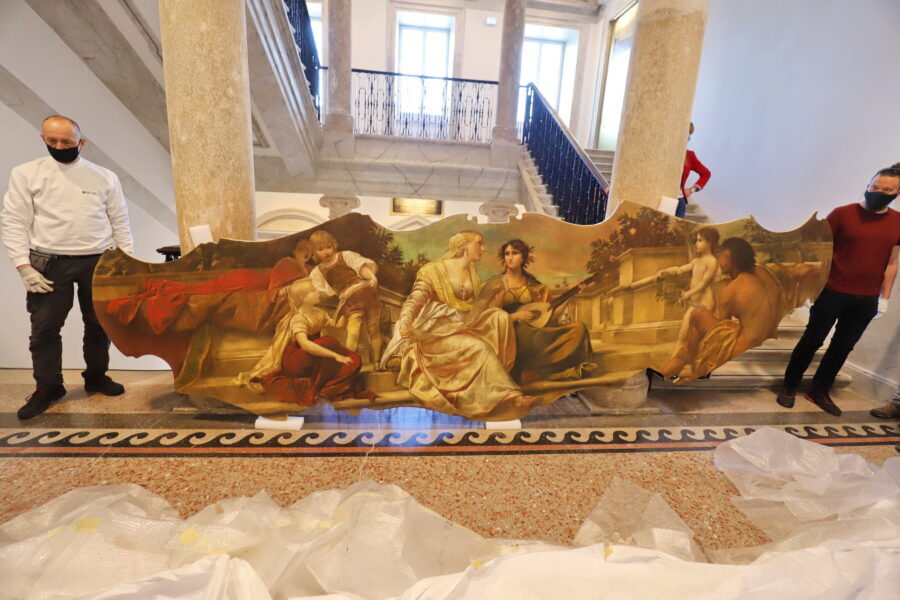 They include workarts by three Viennese artists, brothers Gustav and Ernst Klimt and their collaborator and friend Franz Matsch, painted to decorate the interior of the Croatian National Theatre Ivan Zajc in Rijeka in 1885. Three paintings by Ernst Klimt were first that arrived at the Palace directly from Zagreb, following restoration works at the Department for Easel Painting of the Croatian Restoration Institute. After the completed intervention, the paintings waited a suitable moment to be transported to Rijeka, as the Museum was in its final organisational phase of preparations for the exhibition. The vehicle then headed to the Rijeka department of the Croatian Restoration Institute, where six paintings that underwent restoration works at that institution were taken over. They include workarts by Gustav Klimt and Frantz Matsch.

Let us remind you that the opening of the exhibition was envisaged for 20 April, since the museum is closed due to the epidemiological measures introduced for the Primorje-Gorski Kotar County, that will be in force until 26 April, the opening date has been postponed.