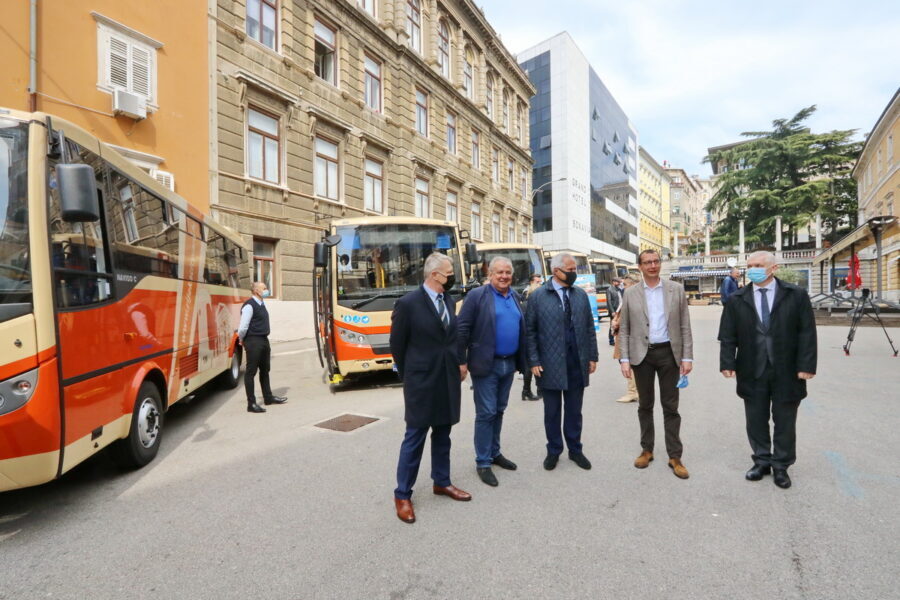 The utility company Autotrolej presented 10 out of the 32 new buses acquired as part of the project titled “Strengthening the public transport system”, for which an EU grant was provided through the Integrated Territorial Investments mechanism (ITI ) within the Rijeka Urban Agglomeration.

The buses are diesel minibuses Otokar Navigo C, with a capacity of 47 passengers and 21 seats and will be used on city and county lines that have a lower number of passengers. The total value of the vehicles amounts to HRK 10,058,125.00 inclusive of VAT.

Minibus vehicles are necessary for traffic on the city outskirts and the suburbs, on sections where roads are narrow. The vehicles meet the stringent EURO 6 exhaust emission standard.

In mid-February this year, seven articulated low-floor city buses branded MAN Lions City G were presented, with a capacity of 143 passengers and a total value of HRK 21,997,937.50 including VAT.

Soon, 10 solo compressed natural gas vehicles will be put in service. These are Crossway Low entry Iveco vehicles, urban-suburban type, with a capacity of 76 passengers, worth HRK 21,009,375.00 inclusive of VAT. 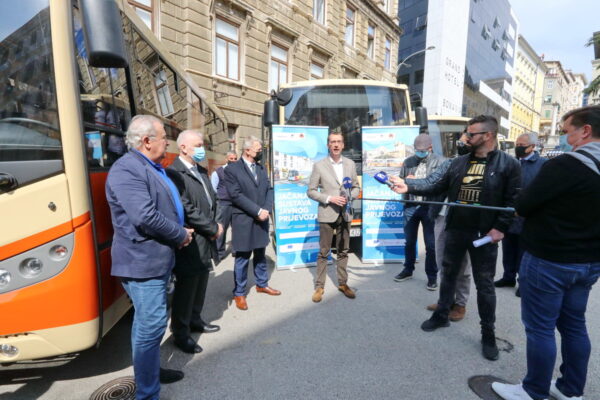 Also, among the mentioned 32 vehicles, 5 solo suburban buses branded Iveco Crossway will be put in service, diesel vehicles with a capacity of 73 passengers, which are equipped with air conditioning are worth HRK 8,165,625.00 inclusive of VAT. The remaining buses that are currently being adjusted to the needs of Autotrolej are expected to be delivered next month.

The 32 new buses were purchased by Autotrolej within the project titled “Strengthening the Public Transport System” through the Integrated Territorial Investments mechanism (ITI mechanism) for the Urban Agglomeration of Rijeka under the Cohesion Fund, operational program Competitiveness and Cohesion.

The total project value amounts to HRK 81 million, of which the EU grant amounts to HRK 54,563,477.00. The remaining amount of approximately HRK 25.5 million has been provided by Autotrolej and project partners, City of Rijeka and Rijeka promet.

Owing to the acquisition of 54 new vehicles, the average age of the Autotrolej fleet will be 6 years.