Urban transport connection and connections with its surroundings and neighbourhood is of crucial importance for its social and economic functioning, and especially for its relationship with the environment and space.

Due to its specific geographical position, Rijeka has limited opportunities for spatial development, which also impose challenges in public and private urban transport management.

Therefore, the traffic challenges that Rijeka encounters are exceptional.

In 2030, Rijeka should be a city of efficient and clean urban transport, enabling it to function in economic and social terms. Precisely, due to its excellent location in the Adriatic, as well as its good transport connection with Zagreb, Ljubljana and Trieste, at the same time Rijeka always has current economic opportunities. It is a great challenge to ponder over optimal conditions for the development of sustainable urban transport in a following 10-year span.

The following are the topics included by this segment:

Workshop with the professional public 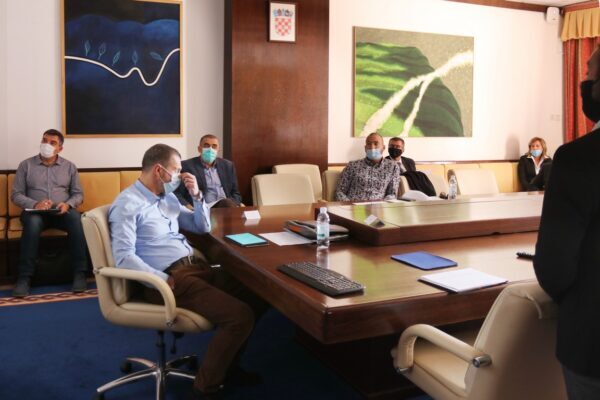 The workshop focused on the analysis of the current state of traffic in Rijeka from the point of view of the stakeholders included, defining the vision of Rijeka until 2030 from the point of view of the port of Rijeka, railways, airport, public transport and mobility in the city, and finally defining the actions and projects that will need to be implemented so that the defined vision can be realised. These issues in a form of group work and discussion were addressed through three issues relating to:

The key challenges and opportunities of the city of Rijeka were defined according to workshop sub-topics. Having regard to the Port of Rijeka, its significant investment potentials are clear, so that its main recognised opportunity is in the “core port” of the Mediterranean corridor and the benefits for the economy of Rijeka and Croatia that can be achieved through full exploitation of that potential.

As regards the railway and airport industries, the main challenges relate to insufficient existing infrastructure that needs to be modernised or renewed, a lack of connections with other transport modes and the need to exploit the existing potentials, which partly can be realised by implementing the projects that are already underway. 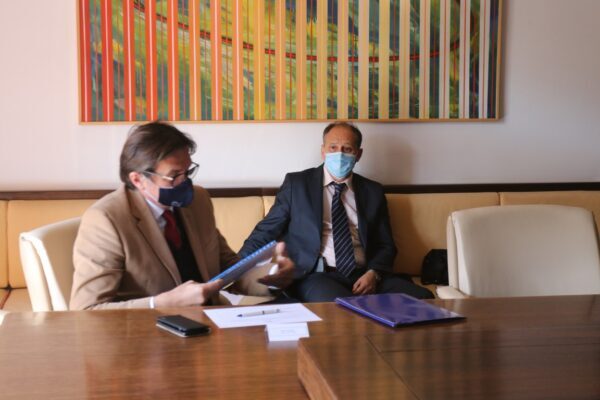 Finally, as regards public transport and urban mobility, the identified challenges relate to insufficient adaptation of public transport to passengers, insufficient capacities (resources and infrastructure), lack of connectivity of different transport modes and insufficient data on all traffic segments for their optimisation. The defined transport visions in the City of Rijeka in 2030, in all sub-topics, concerned the creation of an intermodal, connected and passenger-friendly transport system, based on more environmentally acceptable technologies that will enable better accuracy and additional flexibility in identifying and satisfying passenger needs.

The vision of further development of port potentials in Rijeka relates to strengthening the competitiveness of the port of Rijeka on the global market through transport systems integration and the development of new terminals. Due to insufficient space capacities for expanding the port of Rijeka, it is necessary to develop the project relating the new port terminal in Omišalj on the island of Krk and the project that relates to a new bridge between the island of Krk and mainland which would allow rail traffic.

The vision of the railway station and airport relates to their significant inclusion in traffic in the city of Rijeka, and to the realisation of local rail links and global air links, while the key projects and actions necessary to achieve this vision relate to the maintenance and improvement of existing infrastructure, such as, for example, a new bridge which will allow road and rail link between the island of Krk and mainland, as well as the integration of these transport modes into the integral urban transport system.

Finally, from the point of view of public transport and mobility in the city, the vision is to set up a global, intermodal, environmentally acceptable and passenger-friendly transport system that will integrate all available transport modes, including new ones planned in the city, which will stimulate passengers to use public transport instead of using their personal cars. To achieve this goal, numerous projects and initiatives have been defined that should be implemented, which include the organisational connection of all transport modes in the city, infrastructural interventions such as the reservation of public transport lanes, the construction and establishment of points where existing, traffic modes would join (joining rail or road traffic in the form of park & ride locations), the computerisation of the public transport system, and also, the introduction of new alternative transport modes adapted to Rijeka. The key conclusion of the workshop refers to the specific traffic possibilities that Rijeka has, based on its unique location, and also the challenges arising from the geographic configuration of the terrain it is located in. Although it faces challenges comparable to many other cities, in Rijeka they are further emphasised because of these specific features.

The visions defined according to the described sub-topics, although generated from the perspective of various stakeholders, clearly demonstrates that there necessary know-how exists and the desire and need to integrate different transport modes aiming to be better adapted to citizens and visitors, while the described projects that must be implemented in order to realise the defined visions are mutually compatible and their realisation will produce a number of other synergistic effects.