The murals were damaged, neglected, unmarked and unexposed, therefore their restoration was initiated. At ES Turnić there is one mural painted by Vilim Svečnjak while at ES Nikola Tesla there are two murals. These are the works of art that in a unique manner document the social and aesthetic values of their time.

The City of Rijeka signed an agreement for these works of arts with Ivan Buneta, academic painter and art restorer.

Vilim Svečnjak worked on wall surfaces in the courtyard of elementary school Nikola Tesla after World War II. He was a painter from Zagreb who in post-war years was a central political figure of cultural and artistic life in Rijeka. The roots of his figurative painting in a pre-war period were in the activity of the socially engaged group “Zemlja” (Earth), while in the late thirties he painted massive, realistic human figures.

In both schools the purpose of the murals was to present optimism for new pedagogic and educational principles for developing a personal initiative within school collective life. There are no many written materials about these works of art, but it is obvious that they are witnesses of that time and of the post-war period system. 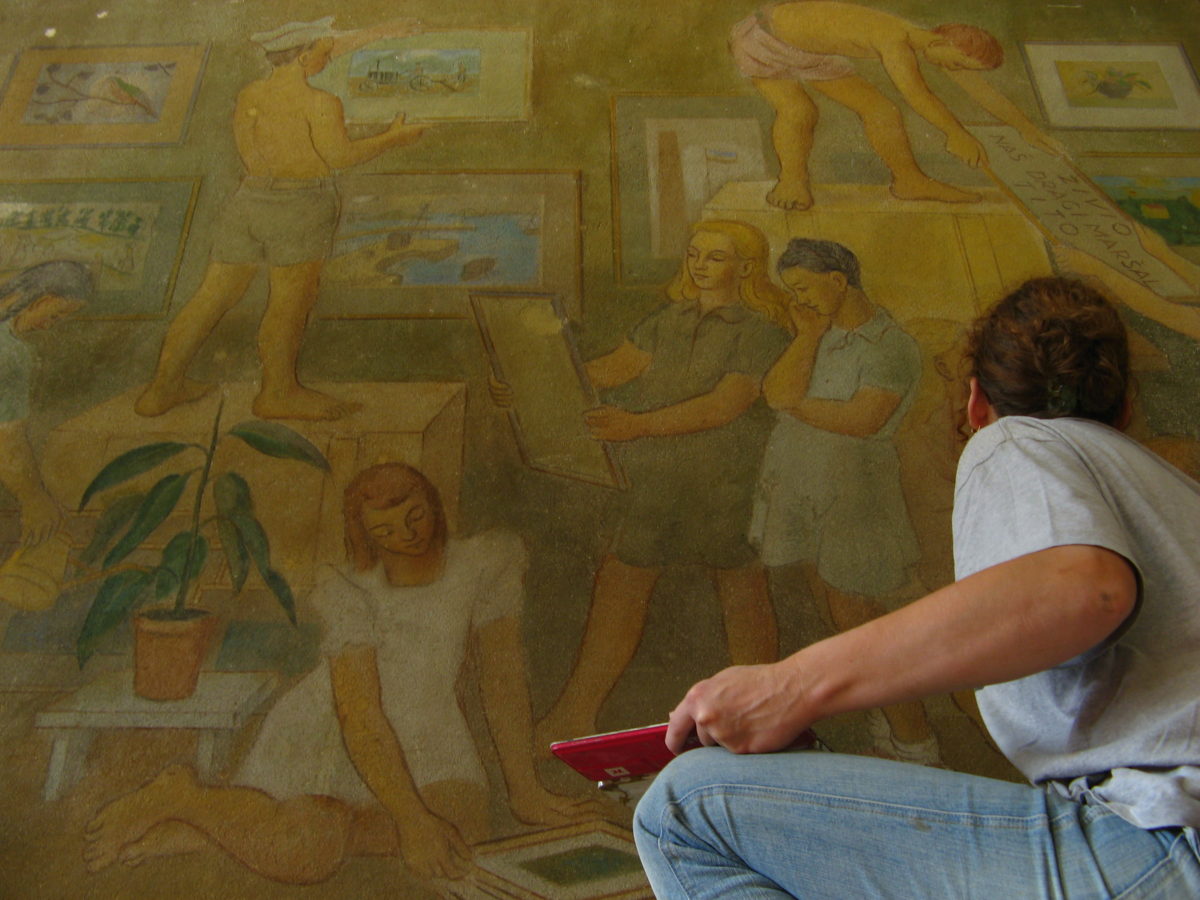