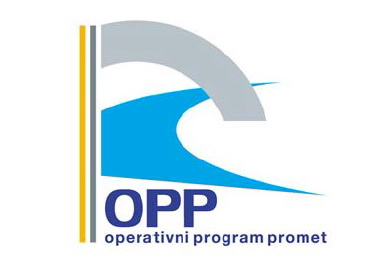 Project background: the Rijeka Traffic Route Development Project in the territory of the city of Rijeka represents spatial and functional integration of a number of projects which include various transport systems (port, sea, railway, road, public / urban transport). Owing to this project connection between various transport systems will improve, as well as the system of public city /regional transport, while already realised projects in this segment will be assessed.

Investment in traffic infrastructure will have multiple positive effects. On the one hand, traffic is a clearly defined priority, recognised as an instrument for reviving economic competitiveness and on the other hand, possibilities of major economic activities open up whereby also employment while carrying out investments.

The preparation of the Major Development Plan of the Rijeka Traffic Route in the territory of the city of Rijeka is important because the Rijeka Traffic Route forms part of the unique Trans-European Transport Networks (TEN-T). It is situated on the Mediterranean Corridor of the EU Core Network Corridor, namely on Rijeka-Zagreb-Budapest route (rail and road route). The Port of Rijeka is among 94 main European ports connected by corridors and is the basic port of the TEN-T network in Croatia and as such is included among the priorities of the EU transport policy. Works on the completion of the Mediterranean Corridor of the core TEN-T network in Rijeka and its connection with the sea corridor and the regional and city transport corridors are taking place in the city centre on a surface of approximately 2.5 square kilometres. In light of the fact that in this area central city facilities, various economic, public and social activities should function without disturbances, as well as residential buildings, different types of infrastructure and transport services should be planned, projected and realised in order to establish a sustainable transport model and further develop the city, the region and the Republic of Croatia.

Financed under: the Structural funds and the Cohesion fund of the EU within the Transport Operational Programme 2007-2013