Owing to the WiFi4EU project, the City of Rijeka has expanded the existing signal coverage zone of free Internet access to another 11 Wi-Fi hotspots.

Expanding the existing signal coverage zone of free wireless Internet access and thus improving the service available to the citizens of Rijeka, as well as tourists and visitors, since 2007. 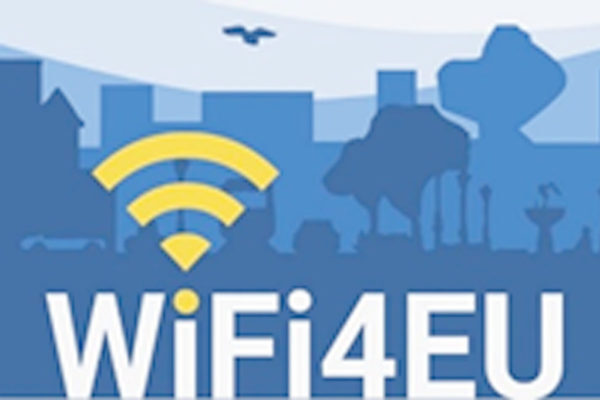 The bandwidth is 200 Mbit / s synchronous, i.e. individually per access point 30 Mbit s for the WIFI4EU network, with restrictions set on the system for content generally considered inappropriate and endangering

WiFi4EU is a programme launched by the European Commission in 2018 with the aim of providing high quality free internet access to citizens and visitors through Wi-Fi hotspots in public areas such as parks, squares, administration entities, libraries and health centres throughout the EU.

The WiFi4EU initiative is available to public sector entities in EU member states and EEA participating countries (Norway and Iceland). Only municipalities (or equivalent local administrations) or associations of municipalities can participate.

Wireless networks should provide a high quality user experience. Local self-government units must have a secure internet connection for consumers with the highest speed in their area and a download speed of at least 30 Mbit / s.

The network SSID is WiFi4EU.

Financial value of the project and sources of funding

All material costs are 100% funded by the European Commission under the WiFi4EU initiative through vouchers for an amount of 15,000 EUR.

The WiFi4EU voucher is a one-off amount intended solely to cover the costs of equipment and the installation of wireless Internet access points in accordance with the requirements set out in the invitation and in the grant agreement signed by the selected local self-government units.

The main purpose of assigning vouchers is to install access points and ensure their minimum number in accordance with the Grant Agreement signed by the selected local self-government units.